Farshore was established as a permanent base from which to explore the Isle of Dread and export its resources to Sasserine. The colonists chose a small harbor dubbed Verik’s Cove on the western face of Temute as the colony site, since two natural seawalls would provide shelter from storms and attack from sea. A five-member Expedition Council meets weekly to direct colony affairs, but as Farshore has grown, the need for a leader has grown as well.

The colony is still a work in progress, but is built to last. Approximately sixty buildings nestle within the palisade, built primarily from local materials with considerable additional labor supplied in barter by the local natives. The structures are wooden, as stone is difficult to quarry and reserved for the colony’s rain water collection wells. The buildings are mostly single-story structures composed of tightly spaced horizontal logs cut from the surrounding jungle. The exteriors are covered in reddish-hued adobe consisting of clay, water, and dried vegetation to give the buildings a smooth surface that keeps them cool during the day and warm at night. The roofs are covered in a darker red tile that is fired within town.

Farshore was originally designed as a trading post. Several short wooden piers of various heights and lengths jut out into Verik’s Cove from the Farshore waterfront, and long warehouses near the docks are used for storage. Stone jetties extending from the cliffs flanking the cove provide protection against storms and erosion.

Fifty-three families live in Farshore, the majority of which are former residents of Sasserine who have cast their lot with the colony. A handful of Olman natives have taken up semi-permanent residence in Farshore as well, but most of them are transient day laborer s and traders who live in the seven surrounding villages. The colony economy is primarily sustained through trade with the Seven Villages, and food and clothing are provided for locally. Fishing is a daily activity, and hunting is plentiful on Temute and the surrounding islands. The natives trade pearls and precious coral with Farshore for manufactured goods. Rare woods, plants, and spices are collected from within the jungle and stored in the warehouses for eventual shipment back north. Overall, the settlement has very good prospects if it can establish a trade route with Sasserine. 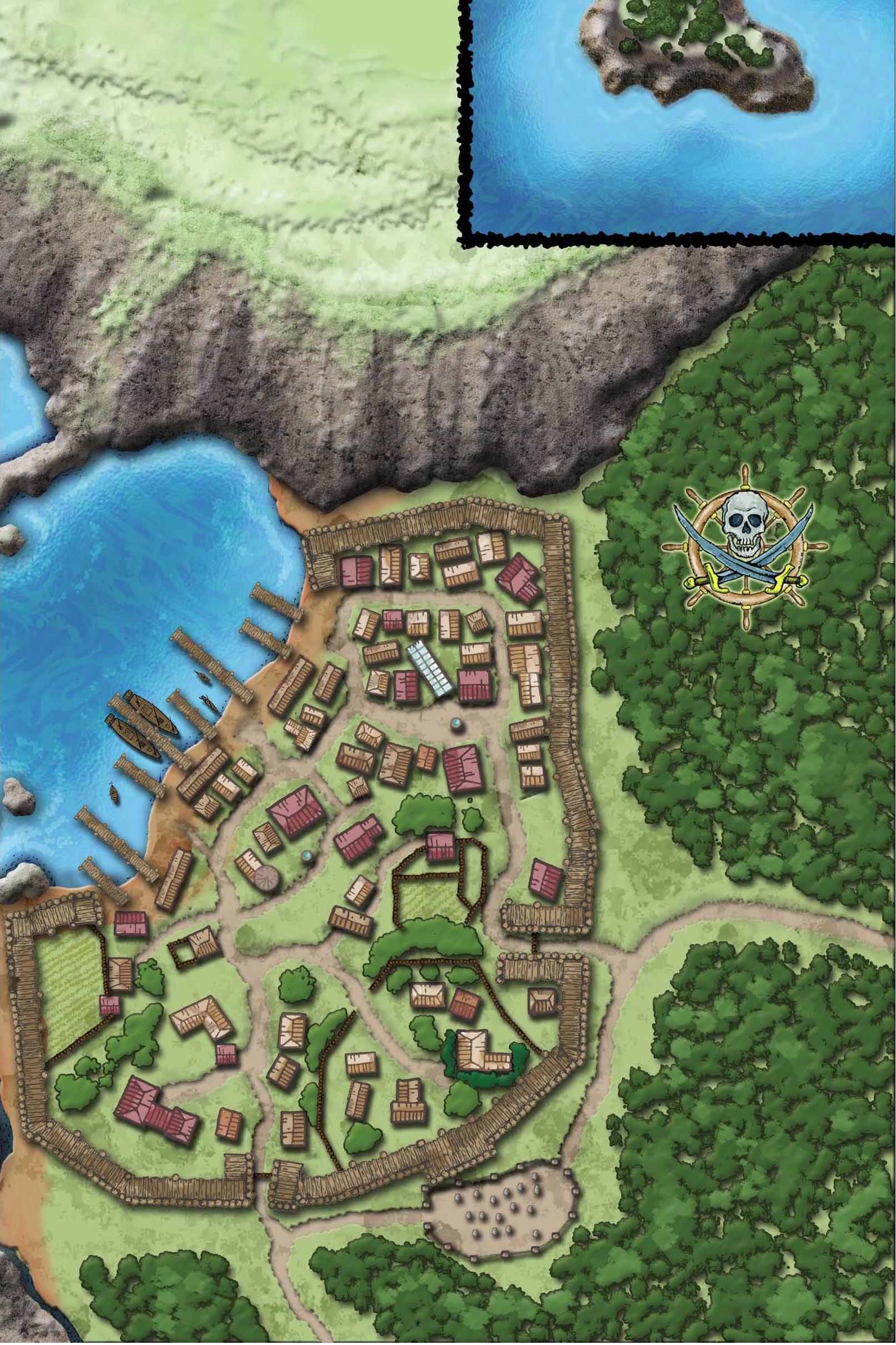