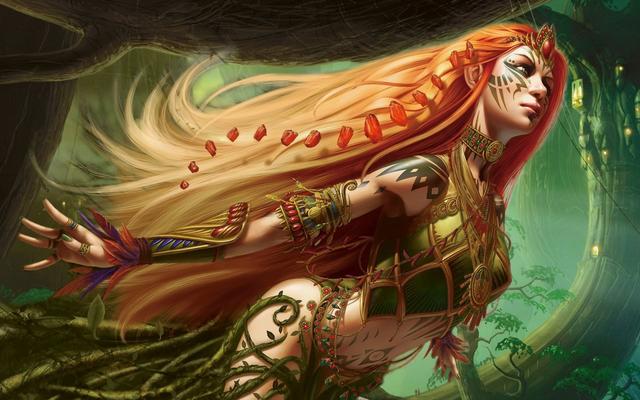 Larissa Iomundi (Lamashan 25, CY 550 – Calistril 23, CY 596) was born in Sasserine, and at some point in her youth received Druidic training. She married a minor nobleman, Verik Vanderboren, and had two children, Lavinia and Vanthus Vanderboren. She and her husband founded the colony of Farshore on the Isle of Dread, and she was the first outsider to make a detailed study of many of the Isle’s native animals and cultures, leaving her journals to her daughter. While on that first voyage, she met a young stowaway named Alyssa Brightmoor, and the two became fast friends. Alyssa joined Larissa on her journeys across the Isle, and when the Vanderboren children were born, Alyssa became their godmother.

While they were planning a return voyage to Farshore, Larissa and Verik were murdered by their son Vanthus, who set their ship ablaze with them aboard.